"Nothing in all the world is more dangerous than sincere ignorance and conscientious stupidity" - Dr. Martin Luther King, Jr.

IMing while on a call that is just spiraling more and more out of control:

me: I think I need to up my wine of the month club
my boss: switch to hard liquor
me: true, better ROI

Okay, granted that last year it snowed for the cubs home opener, but really? I am not enjoying these sub 40 degree and blustery days. Shouldn't the wind chill factor go out of style in early march? 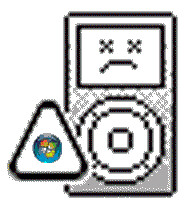 Image by Travelin' Librarian via Flickr
Back in August I bought a MyBook, and it took me until January to install it (sometimes I'm a true procrastinator).  Turns out the Home Premium version of Vista that was installed on my new laptop doesn't have any capability to do offline files, which is a pretty key feature if I want to move all my music and videos over to an external drive and still be able to listen/watch when not connected.  You know, like on a plane? Crazy talk, I know.

Okay, I admit it: I'm a twitterstalker.  I compulsively follow celebrities (within reason - sorry Britney), and like getting views into their life.

Cooler than expected:
Ashton Kutcher - really, he's just adorable in the twitterverse
John Mayer - I'm incredibly charmed (and have a wee crush) on him.  This is rather disturbing as the media paints him out to be, well, kind of a wanker

Pretty much what I expected:
Lily Allen - I already thought of her as pretty cool; she's on a US tour now and doing scavenger hunts for tickets in each city.  Too bad I won't be near the Chicago theater she's playing when she hides the tickets.
Dr. Drew - of loveline fame!  I am a big fan and he's just as neat on twitter as he is on the radio
Demi Moore - aka Mrs Kutcher; very sweet and a voracious reader.
Brea Grant - of heroes fame!
Wil Wheaton - You have been crushered!

Disappointing:
Greg Grunberg - of Heroes and Alias fame, who was my favorite supporting dude, and he started out pretty cool, with lots of heroes behind the scenes photos, but has pretty much become all YOWSA!! all the time!!  Again, rather disturbing and sad for me.

Image via Wikipedia
Since I've been recovering from the flu that got spread around the office, my bed and I have started a long-term relationship.  This means I'm clearing through a lot of the backlog of unwatched TV shows.  Despite mixed reviews, I decided to take the plunge on Dollhouse, which had about 7 episodes spooled up.  I agree with many reviewers, the whole Tabula Rasa portion is annoying and every time I hear "did I fall asleep?" I roll my eyes, because that is not as amusing as Joss thinks it is.  Really.  Also the neighbor?  Totally obvious and I had that one pegged the first episode in.

But on the other hand, it is actually very engaging and I went through the whole seven episodes in a couple days and am left wondering what goes on next.  I also love that they're bringing in some of my favorite B list actors as guest stars (Anson Mount and the traitor chick from NCIS as examples), and even though the Nerd-Geek is such a paper cutout and I want to kick him over his own railing, I'm looking forward to the next episode.

I know that Oprah was big on these grateful lists, but lately I've been feeling that I have been in a negative frame of mind, and one of the ways to get out of that is to write down a few things each day to be grateful for.  Here's my list.
* * *

My lenten practice has been sliding lately.  I have been reading (mostly) before watching TV or using the internet, but the NCAA games have made that really hard.  And yes, I know that's the point, but I've been giving myself lots of breaks on this.  Makes me wonder what my priorities list is.

After a long off-site meeting, in which I felt the need to be very careful on what I pulled up on my screen during the day, I noticed that when I looked over at one of my staff's computer, I couldn't see his screen. I asked him what he'd purchased and he directed me to the 3M Privacy Filter. Genius! Not that I don't work when I'm in the office (or in an offsite meeting), but it's nice to be able to check a website or purchase something on Amazon with a little less worry. I had to actually do some research on the web to determine if my screen was wide screen or not, and I was on my way. Turns out this little thing also helps with glare and the headaches I sometimes get from that as well. Nifty!

Does anyone know of a good LJ backup tool? I think I might need to just make sure, due to this article on LJ layoffs...

I'm pretty proud of myself for my first week - I wasn't 100% on Nutrisystem, but I will consider myself 100% abstinent from over-eating, emotional-eating, or boredom eating, which is REALLY my problem.

Things I am proud of myself for this week:


What really helped was the words someone told me: "When you're having trouble, just imagine that God [or whatever higher power you want to use -ed] is a supportive boyfriend, holding your hand." This worked surprisingly well, I tell you what.

What I'm worried about for this coming week:

The answer is, why yes - sure, eating whatever I want is EASY in the short run, but it's not going to make me happy in the LONG run. Plus, I will hopefully not have to do this forever - at some point I will not need to LOSE weight, and can be less strict on the whole plan.

Obviously, the answer is to put myself first. I can always go first thing in the morning [although it's pretty crowded] or block off some time when I'm working at home to go [but have to take a shower afterward], or do it after work and rearrange other evening plans so it gets done. I need to remember that while I need to do my job, my job doesn't need to be my life, and my health and happiness really does need to come before everything else. That's SO hard to remember though.

Something else that should help is I've created a "days abstinent" chain at www.dontbreakthechain.com and make a point to look at it once a day. The longer the chain gets, the less motivated I am to break it; brains are funny like that.

On another note, I specifically got my butt up at the crack of 8 am today and was working out at 9 am to catch Oprah. Anyone else as disappointed as I was with the show? It was a total rehash of the magazine - her interview was pretty much her O article, verbatim.
Collapse